Many of the parents who do IVF have gone through the advice of a physician. 」
"To raise or not to raise?" "In that case, the doctor has opened the story behind the embryo and the blastocyst.

Basic skills to improve the success rate of implantation

Have you ever heard of embryos grading embryos under a microscope? Different medical institutions have different grading standards but roughly the same, mostly under the microscope to observe the embryonic whole and cell individual patterns, and the theory of the growth cycle of comprehensive assessment. The screening of embryos by microscope could reduce the chance of gene abnormality and improve the success rate.

The grading results allow physicians and embryos to adjust course and training details, and evidence indicates a link between chromosomal structure, quantitative abnormalities, abnormal embryo patterns or stunting, while poorly graded embryos have a higher score of more than a better group. 3 Times (ALMEIDA & BOLTON, 1996) . For the clinical pregnancy rate, the highest ranking group is also higher than the lowest group approximately 2 to 3 times (Veeck, 1999). The grading result can therefore help the embryo to choose the embryo with high success rate to implant or freeze.

What about poor grading?

Usually the quality of the eggs discharged from a test tube cycle is good or bad, and the quality of the embryo is mixed. The embryo Division will try to choose a highly graded embryo for implantation or freezing. Although the embryo with better grading has higher rate of implantation, all kinds of embryos with different grading may grow into healthy babies. Do not be overly concerned with grading results, and existing science still does not guarantee that any embryo is completely healthy. 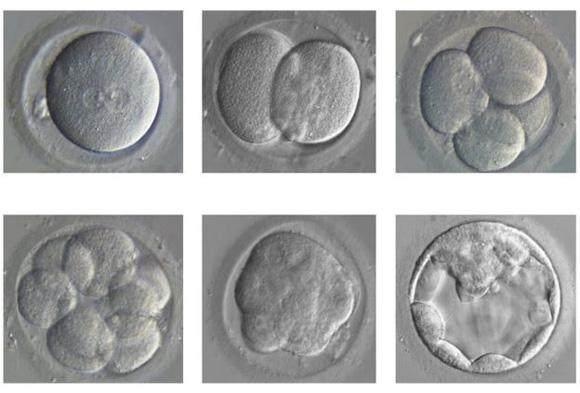 How to conduct embryo grading?
Grading standard for split period
when the egg is fertilized, it begins to divide, dividing ( CLEAVAGE STAGE ):
● 24 hours split into 2 cells
● 48 hour splits into 4 cells
● 72 hour splits into 8 cells
The size of the embryo is not increased at this time, but the cell is increased by progression. 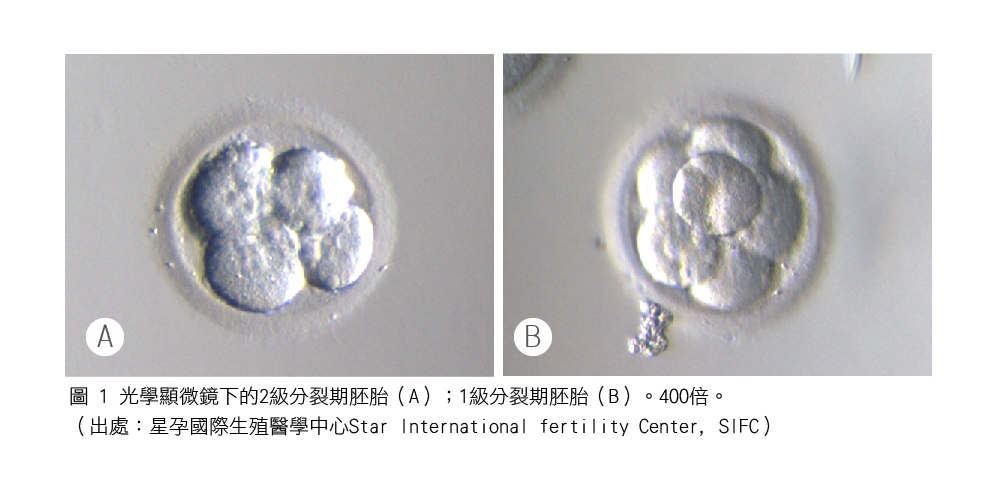 The classification is based on the following characteristics:
Number of cells: the number of cells should be the same as the development schedule, with an even increase.
Cell type: With rounded plump is good, different cell size difference is lower the better.
Cytoplasmic pattern: cytoplasmic clarification, no body, dark area is preferred.
Number of fragments: fragmentation can be observed if a cell disintegration occurs, the less the better.

first Embryonic development 5 to 6 Day should enter the Blastocyst period ( blastocyst Stage ), at which point the embryo expands and the interior is filled with liquid.
The cells rapidly divide and differentiate the inner cell group and nourish the skin, which will form the fetus and placenta respectively. And before implantation, the outermost transparent zone dissolves.
Since the form is different from the splitting period, the following characteristics need to be observed and independent grading criteria should be used:
blastocyst Cavity ( blastocyst Cavity ) with a transparent band ( Zona pellucida ):
The fullness of the blastocyst cavity and the maturity of the transparent band were observed.
Inner Cell Group ( Inner Cell mass ) and nourishing the skin ( Trophectoderm ):
It is preferable to observe the quality of cell type and arrangement, with many quantity, close arrangement and blurred boundary. 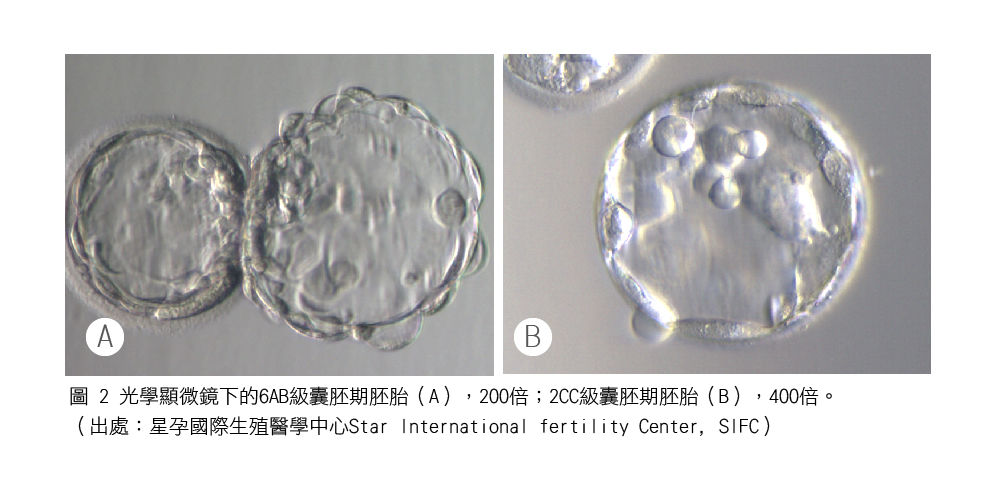 The implantation rate can be improved through embryo screening, but even the highest quality embryos are still likely to have genetic defects, and low quality embryos may be successfully implantation and produce healthy babies.
Do not care too much about the grading results and give us the choice of the most promising embryos for you.